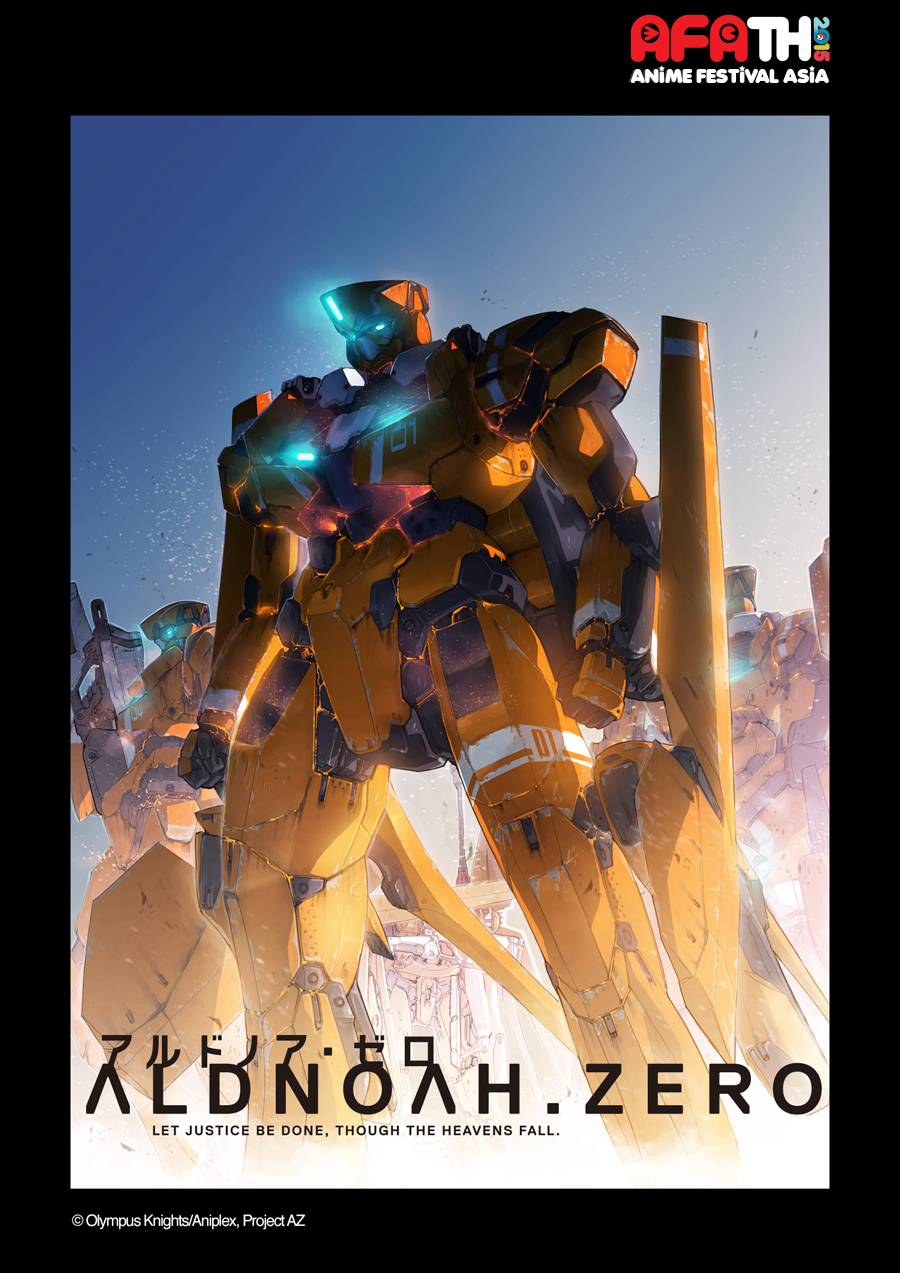 The Knights of Mars fall from the skies. Spurring on their giants made of steel. In order to eradicate the humans of Earth.

This is ALDNOAH.ZERO. Creators of overwhelming power have gathered to make this epic tale a reality

Having once worked on the TV anime series Fate.Zero,  Gen Urobuchi, writer of supreme skill who plums the deepest recesses of the mind; Ei Aoki, who exceeds his viewers’ expectations by light years with his visual expressions that are both gorgeous and audacious, enter the ring once more. Animation production will be by A-1 Pictures,  as well as TROYCA. which Aoki himself is involved with.

In addition,  Takako Shimura is also on board as original character designer. The delicate bearing of her characters painfully depicts people living through an war. Plus,  the mecha designs are overseen by cutting-edge I-IV. As for the music, Hiroyuki Sawanowill add an air of profundity.

What they are creating is striking action, world-building where no detail has been overlooked, and an almost palpable sense of terror of war and personal drama resulting from the intertwining of genuine, earnest emotion. This will be an utterly new robot anime that both sticks to the tried-and-true, yet also is unlike anything seen before.

ALDNOAH.ZERO. This show is declaring war on us humans on Earth. You must go out and meet it.

AFATH 2015 is delighted to have director Ei Aoki and voice actress of Eddelrittuo, Inori Minase on stage to showcase this wonderful anime.