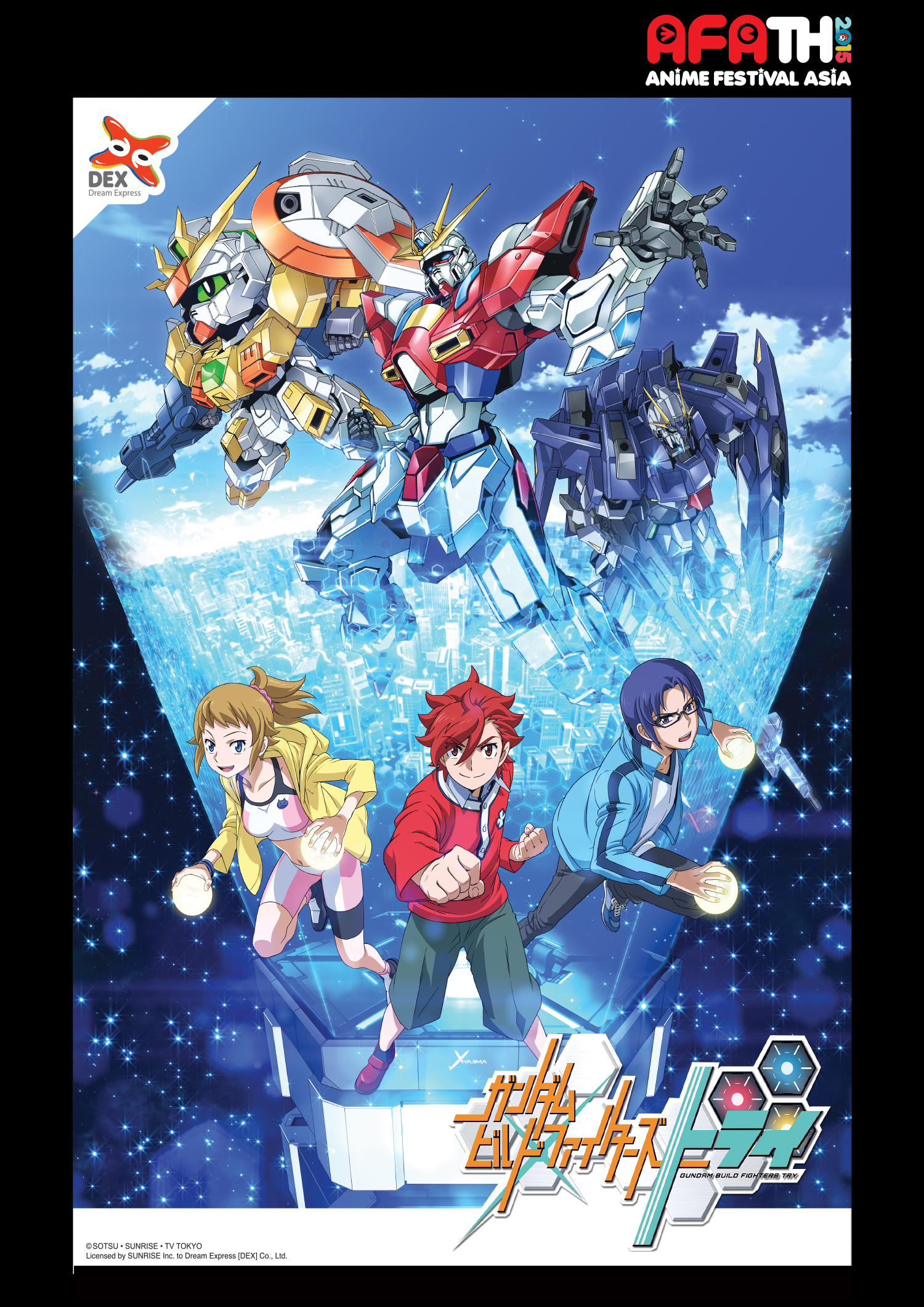 However, the Seiho Academy that Sei Iori once attended has failed to catch onto the trend. The only member of the school’s Gunpla Battle Club is its president, middle-schooler Fumina Hoshino. Currently there is no way the club can participate in the middle and high-school division of the upcoming All-Japan Gunpla Battle Championship, where players fight in teams of three.

Then Fumina meets a new transfer student. He is Sekai Kamiki, a young martial artist who has been travelling with his master. Together with a young Gunpla builder named Yuuma Kousaka, they finally have three members for their team.

Sekai Kamiki, Yuuma Kousaka, and Fumina Hoshino – team “TRY FIGHTERS” is about to begin its challenge!

AFA Thailand is delighted to have the mechanical designer of Gundam, Kunio Okawara to share his deep experience in mecha design with everyone.