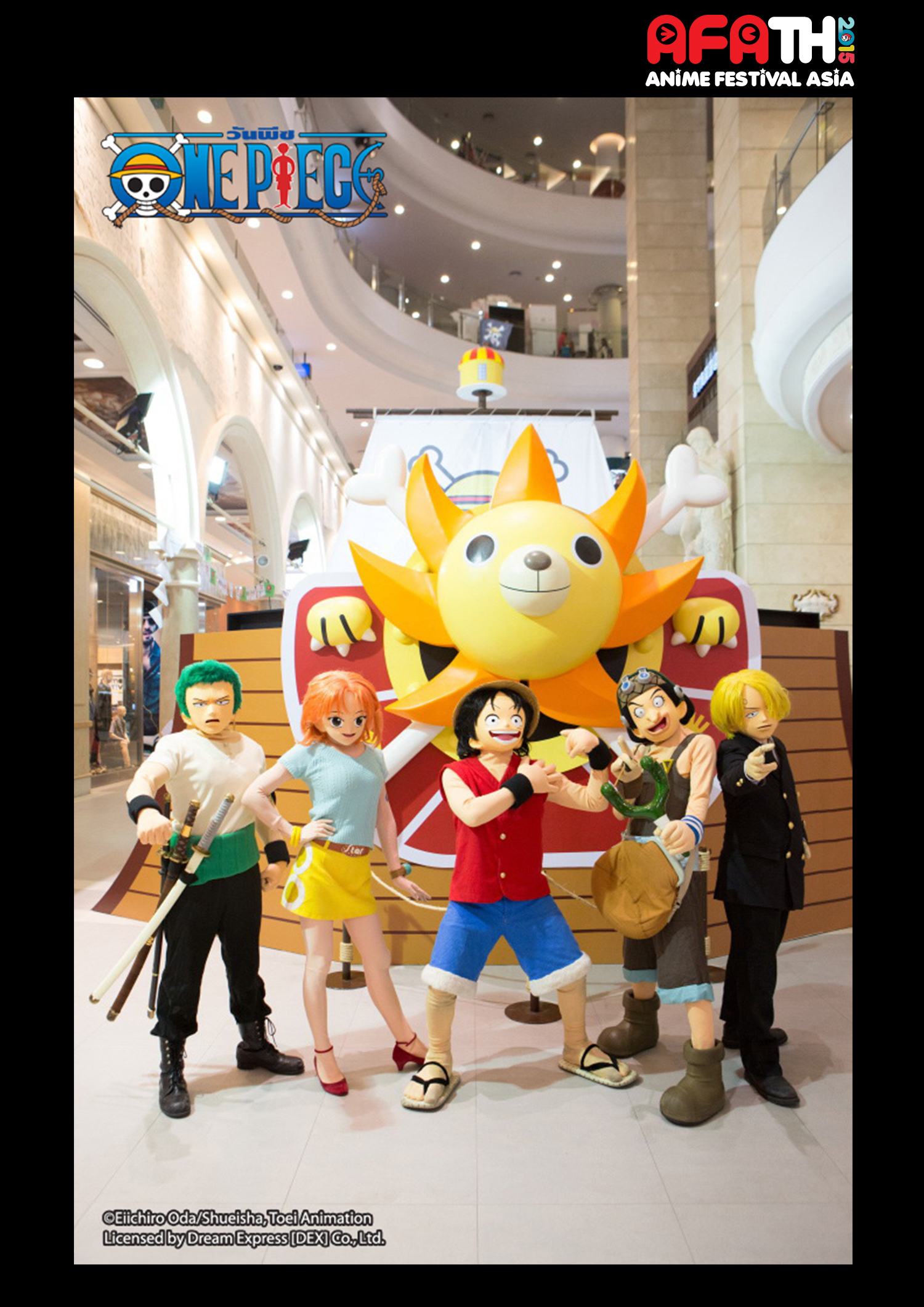 In the age of the Pirates, only one man has established his dominance over the Grand Line in history, the Pirate King Gol D. Roger.

The man who has in his hands, Wealth, Fame and Power, shocked the world with a single line just before his execution.

“My treasure? If you want it I’ll give it yo you! Find it! It is placed all over this world!”

His words led to the rise of a huge swell, and many courageous man were spurred on towards the sea. Over the One Piece left by the Pirate King, those seeking to satisfy their ambitions and those that seek the romance in its search, the pirates fight under their personal flag of belief, in order to raise their profile.

In this period filled with turbulence and adventure, 1 young man has set sailed, aiming to be the Pirate King!

Be prepared for a re-production of The Thousand Sunny right on the BITEC exhibition grounds!

Catch your favourite One Piece mascots on stage as they perform on stage at the first ever AFA Thailand.