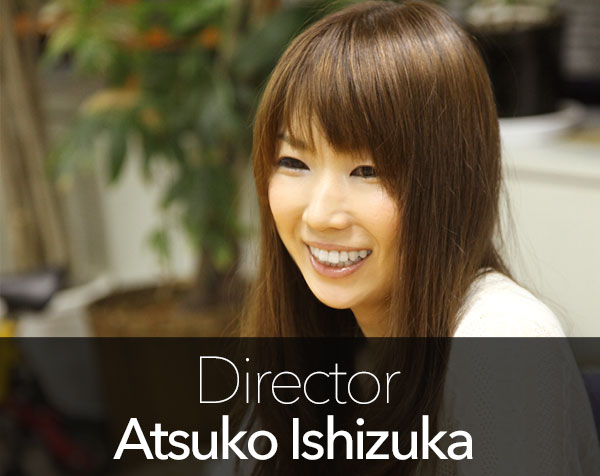 Profile: Born in Aichi Prefecture, Japan. During her time at Aichi Prefectural University of Fine Arts and Music, she began working as an animation creator. She has received multiple awards for her work.

In 2004, she joined Madhouse. Her directorial debut work was “Tsuki no Waltz”, created for NHK’s  “Minna no Uta” music program, attracting much attention for her the work’s fantasy setting. After that, she worked on setting production and storyboards for “MONSTER”. Following “Sen no Hana, Sen no Sora”, another work on NHK’s “Minna no Uta”, she also participated in “NANA” as assistant director, setting production and storyboards. From then on her career has  expanded. Her other storyboards, production credits include “Piano no Mori”, “Kurozuka”, “Moryono Hako” and “Chihayafuru”

Her directorial debut for a television series was “The Spider’s Thread” and “Hell Screen” in the “Blue Literature” series. Since then she has been active in directing “SUPERNATURAL: THE ANIMATION” (with Shigeyuki Miya), “The Pet Girl of Sakurasou” , “Persona 4 The Golden” (Opening Movie portion).

Recently, for “No Game, No Life”, she presented a dense visual expression through gorgeous settings of parallel universes and vivid colour schemes, while remaining true to the image of the original work. This attracted the attention of anime fans. Her newest work, is centred around Japanese Yosakoi dance and the reflection of youth in middle school girls, “Hanayamata”.

Director Ishizuka is one of AFAID 2014’s special guests for Featured Anime “No Game, No Life” 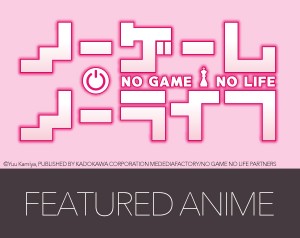