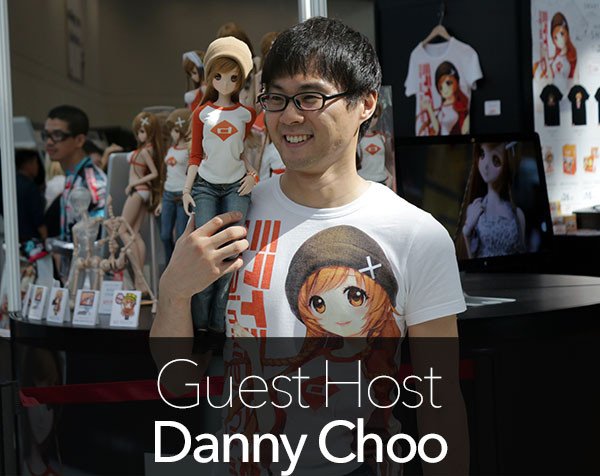 Born in the UK and currently based in Tokyo, Danny Choo is the producer of the Culture Japan brand which makes Japanese culture more accessible to the world through a series of terrestrial TV shows, characters, products and events. The TV shows include Culture Japan and Japan Mode.

Danny has been recognized for his work by the Japanese government and was appointed as a member of their Creative Industries Internationalization Committee. Danny is also the creator and producer of Mirai Suenaga – the mascot character for Culture Japan who has made appearances in Japanese games, anime and has collaborated with companies such as Air Asia, Touch ‘n Go, Kinokuniya, Good Smile Company, Bushiroad, ASCII Media Works, King Records, Nitroplus and more.

We are glad to have Danny once again as our guest host for the stage events at AFAID 2014!