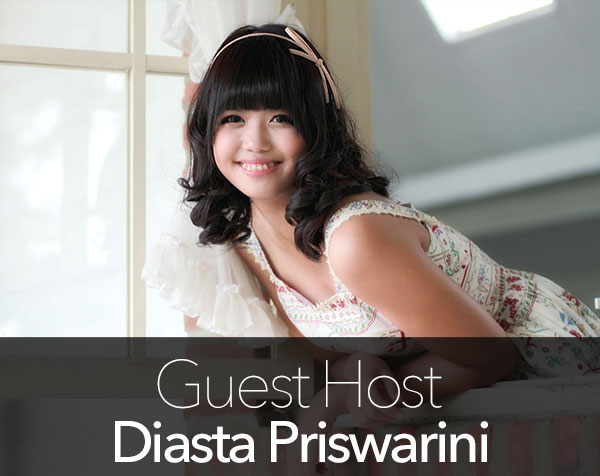 Profile: Well-known as the graduated member of JKT48, the Indonesian counterpart of AKB48, the ultra famous idol group from Japan, Diasta Priswarini is kicking off 2014 by going back to her roots. Known for her love of the entertainment world and everything Japanese even before joining JKT48, Diasta (or to her fans, Nyash) has been busy touring city to city as a cosplaying guest judge with the national cosplay competition Cosplay Live Action Show: Hybrid or lovingly known as CLAS:H.

As a singer, she has already made her debut in the stages of CLAS:H and Little Tokyo Ennichisai 2014 with a song created by the talented Vocaloid DJ unit, REDSHiFT. The song’s lyrics “Keep the Joy Loop Forever” was also co-written by Diasta herself.

We are pleased to have Diasta as the one of the guests hosts for AFAID 2014.