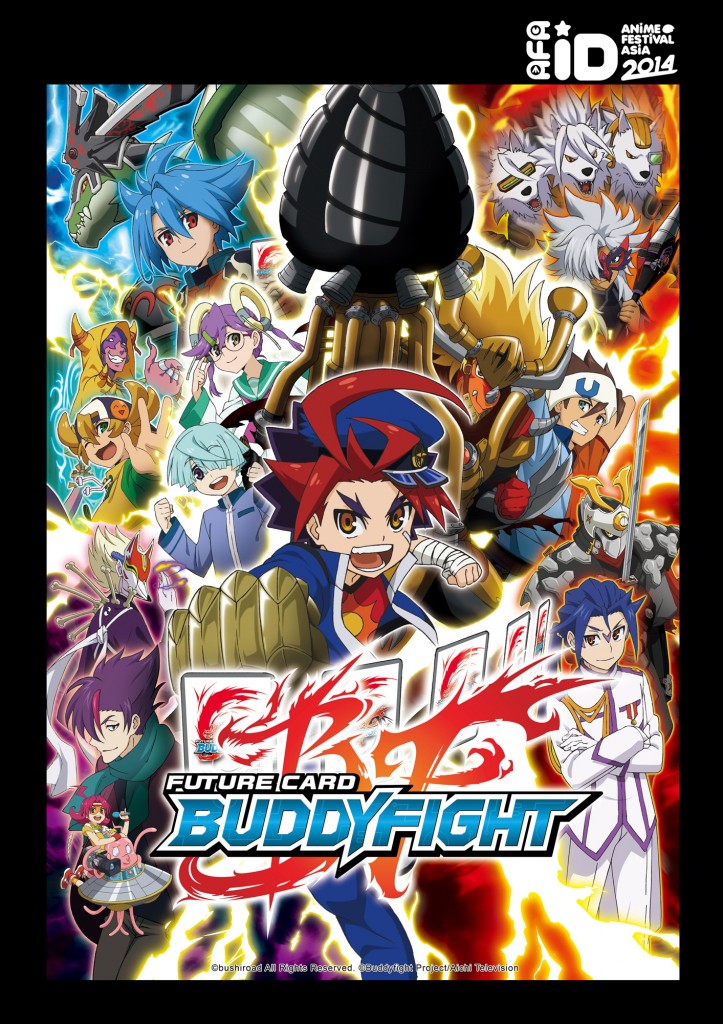 Get Cardfight!! Vanguard Merchandise from the Bushiroad Booth 38

A special message from BushiNavi International

In the future, the super popular game “Buddyfight” uses cards to act as portals that bring monsters to earth, where they Buddy with a human player to battle! Through the magic stored in the cards, Buddyfighters are connected to parallel worlds. Sixth grader Gao Mikado begins Buddyfighting when he gets a super rare card that summons Drum Bunker Dragon to earth. Gao seems like the obvious Buddy choice, but when Drum realizes Gao’s a complete novice, he’s not so sure. But after seeing Gao in action, Drum realizes that the kid’s got major potential and decides to Buddy up. Together, they enter the world of Buddyfight, taking on anyone who challenges them!

Check out exclusive merchandise only at the Bushiroad booth, only at AFAID 2014!