Profile: Born on November, 26th, and affliated to Aoni production. Her major works as a voice actress include Yui in “SWORD ART ONLINE”, Ohana Matsumae in “Hanasaku Iroha”, Ruiko Saten in “A Certain Scientific Railgun”, Sena Kashiwazaki in “Haganai –I don’t have many friends-“ and many more.

This is the 5th anniversary year of her career as a singer, and her 11th single “Miser’s Dream” which is the theme song for New OAD “The invader comes from the bottom of the sea!” that she provides the voice of Sanae Nagatsuki will be released on September 10th.

Kanae Ito will at AFAID2014 as a guest for SWORD ART ONLINE II. 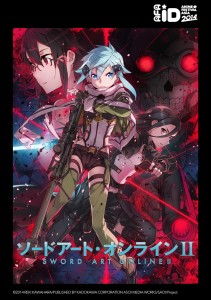