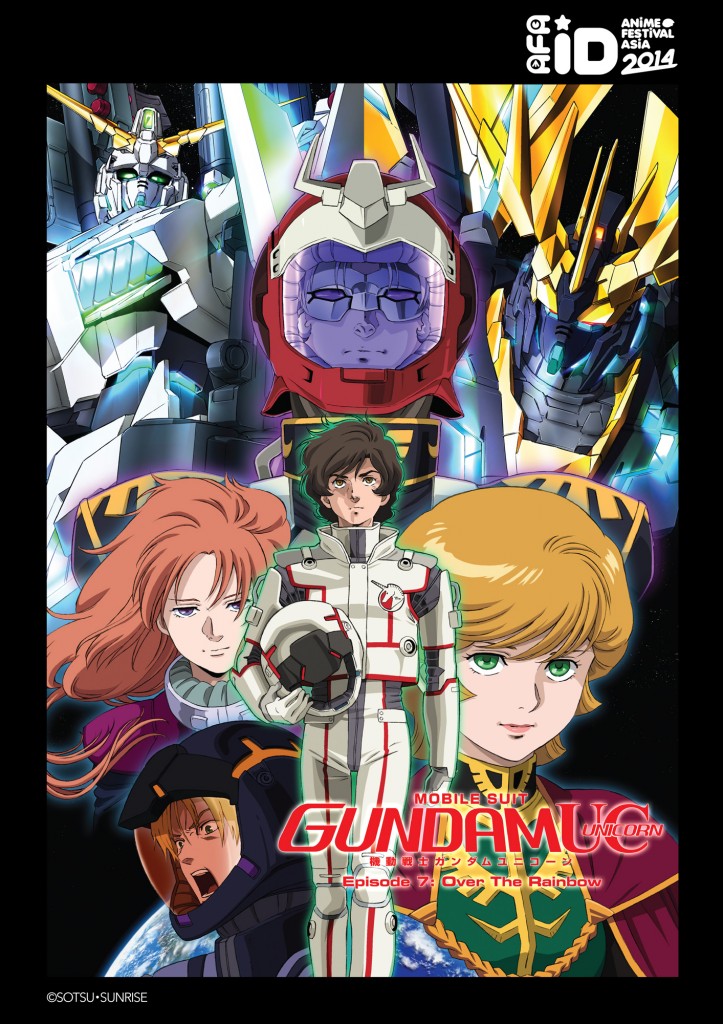 Screening of Episode 7: Over The Rainbow, only at AFAID 2014!

Get Gundam Merchandise from the Bandai Booth 18

Synopsis:
The location of Laplace’s Box, which has the potential to overthrow the Earth Federation government, has finally been revealed. The place is Magallanica at Industrial 7. where the whole incident began.

Martha Vist Carbine, the acting head of the Vist Foundation, is determined to protect the Foundation’s interests. Together with her nephew Albert Vist and Council on Colony Relations Chairman Ronan Marcenas, a central figure in the Earth Federation government, she heads directly for the Cheyenne base in order to resolve the situation.

Meanwhile, Banagher is hurrying to Industrial 7 in pursuit of Full Frontal, who has gone ahead to seize the Box. But standing in his way are Riddhe’s Banshee Norn and Angelo’s Rozen Zulu.

Who will reach Magallanica where Syam, the guardian of the Box is waitng?